A better and more effective way of learning French is through cinéma. We project films in French with English subtitles, twice every month. Join us on Thursday 18 August in the Old Mutual Theatre at Alliance Française de Harare for the screening of Les 2 Alfred from 18h00 – Free Entry!! #Comedy 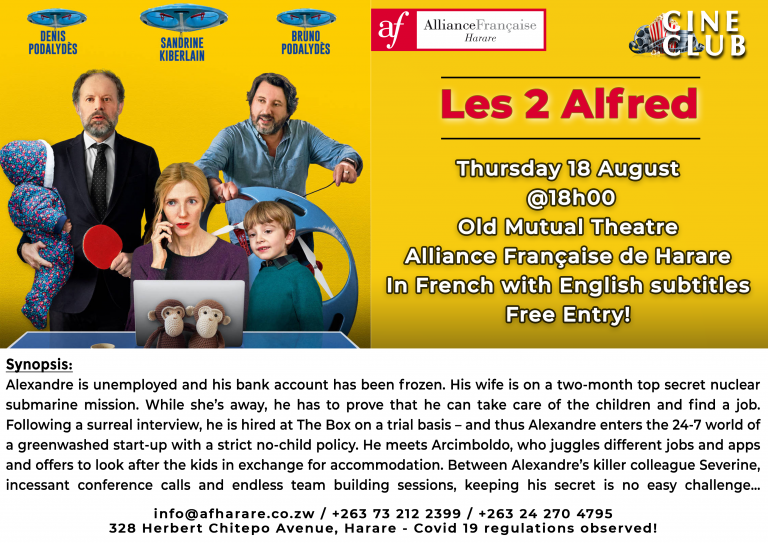 Learning a foreign language is always positive and will bring you unexpected benefits far greater than just simple communication. If you learn French, it will be a great move for your career.

France is one of the world’s largest economies. The French language is key to doing business in any francophone country. It is one of six languages of the United Nations and the second most widely-spoken language in the European Union…That’s great news, isn’t it?

Open more doors for your children’s future by registering them for our French holiday lessons! French and English are the main official and working languages of most international organizations and are the source of the major world law systems: the civil law tradition (French) and the common law tradition (English).

If you want your kids to become an international lawyer, a diplomat or an international official… have them learning French! Our classes equip them with speaking, listening, writing and reading skills in preparation for the DELF Prim and DELF Junior, Cambridge, ZIMSEC & I. B exams.