Looking for a more intensive way of learning French? Join our next weekday session starting on Monday 25th of April. Knowing French will allow you not only to function but to compete effectively in the global economy of the future. #LearnFrench #TheFunWay Af de Harare 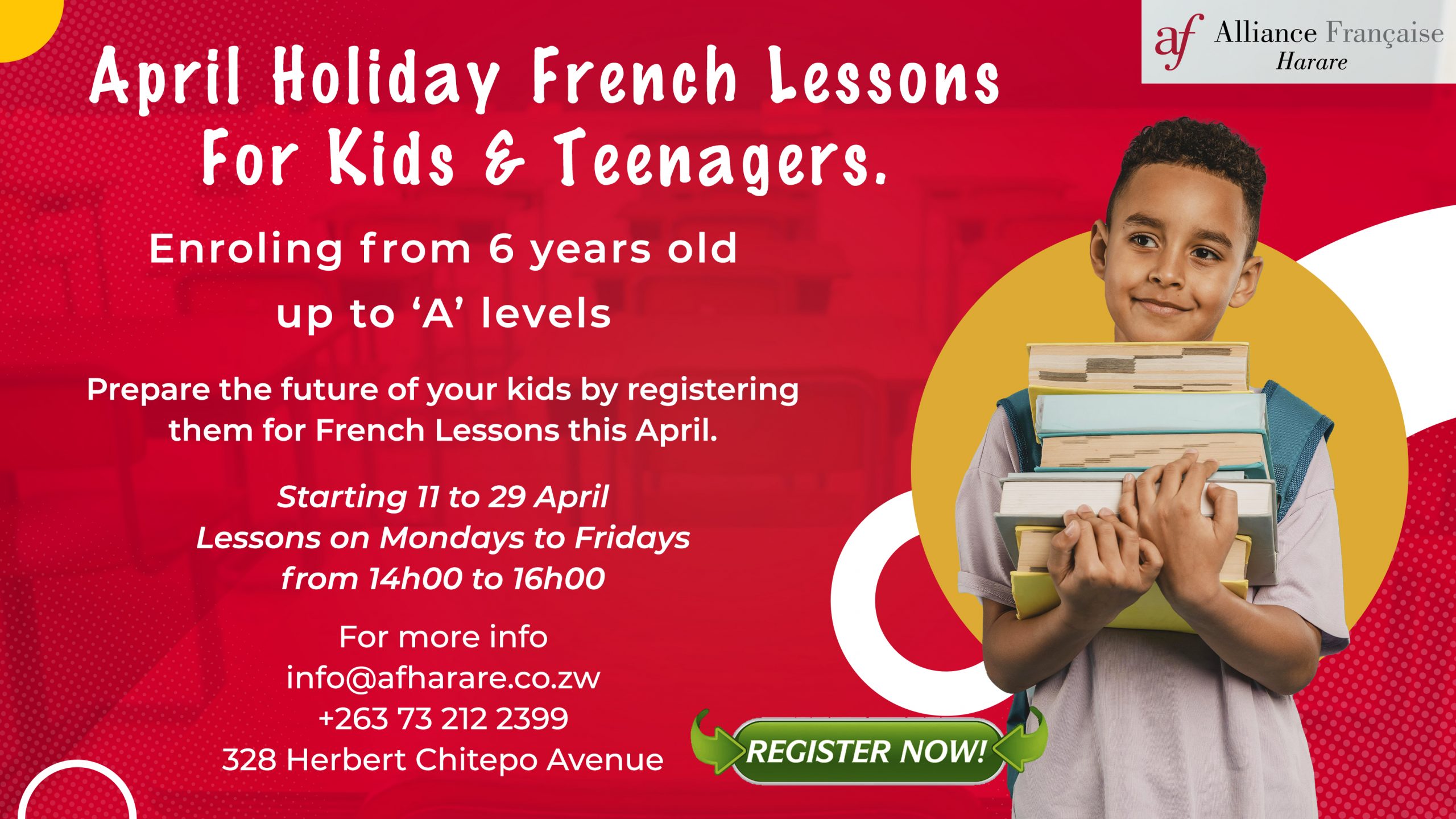 Prepare the future of your kids by registering them for the April holiday lessons.

Good to know! Speaking French opens up opportunities to study at renowned French universities and business schools, ranked among the top higher education institutions in Europe and the world.

Session starts from 11 to 29 April

Thinking of learning a new foreign language? French up this April by joining our adults weekend class!

Good to know! More than 300 million people speak French on the five continents. The OIF, an International Organisation of French-speaking countries, comprises 88 member states and governments. French is the second most widely learned foreign language after English, and the fifth most widely spoken language in the world.